The aim of the study was to specify the concentration of selected chemical elements in surface waters of King George Island, off the western coast of the Antarctic Peninsula. The research encompassed six streams, a lake and an artificial water reservoir located on the western coast of Admiralty Bay. Measured hydrochemical parameters included pH, conductivity, total dissolved solids (TDS), and total and dissolved forms elements such as Al, Co, Ni, Cu, Zn, Cd, Pb, Mn, Fe, As and Se. The values of pH, conductivity and TDS had the following ranges: 6.09–8.21, 6.0–875 µS cm−1 and 7.0–975 mg/L, respectively, and were typical for surface waters of Antarctica. Wide disparities were discovered regarding concentrations of the investigated elements, ranging from <0.01 µg/L for Cd to 510 µg/L for Fe, and differing from one water body to another. The investigated elements are discussed with reference to environmental conditions and anthropogenic factors. Concentrations of total and dissolved forms of elements are considered in connection with the composition of soil in their surroundings and with atmospheric deposition, mostly such as that took place locally. The increased levels of Pb and Zn concentrations in the immediate proximity of a research station suggested anthropogenic contamination.

To access the supplementary material for this article, please see Supplementary files in the column to the right (under Article Tools).

Natural catastrophic events such as heavy rainfall and windstorms may induce drastic decreases in breeding success of animal populations. We report the impacts of summer rainfalls on the reproductive success of ivory gull (Pagophila eburnea) in north-east Greenland. On two occasions, at Amdrup Land in July 2009 and at Station Nord in July 2011, we observed massive ivory gull breeding failures following violent rainfall and windstorms that hit the colonies. In each colony, all of the breeding birds abandoned their eggs or chicks during the storm. Juvenile mortality was close to 100% at Amdrup Land in 2009 and 100% at Station Nord in 2011. Our results show that strong winds associated with heavy rain directly affected the reproductive success of some Arctic bird species. Such extreme weather events may become more common with climate change and represent a new potential factor affecting ivory gull breeding success in the High Arctic.

The use of biologging instruments has greatly improved our understanding of the behaviour, physiology and ecology of free-ranging marine mammals. However, handling wild animals and attaching instruments to streamlined bodies can cause stress and potentially influence behaviour and swimming/diving energetics. The goals of this study, undertaken on Bouvetøya, were (1) to determine if the first trip to sea after instrumentation is representative of subsequent trips in lactating Antarctic fur seals, to explore potential handling effects and assess possible biases in having multiple short-duration deployments (inflating N, using a limited number of tags) and (2) to evaluate potential effects of two different instrument combinations (SMRU satellite data relay loggers and very high frequency radio transmitters versus Wildlife Computers time–depth recorders and very high frequency radio transmitters) on trip durations, dive parameters, female body condition and pup growth. Handling did not appear to have any effects on the parameters studied; data from the first and second trips did not differ significantly. This implies that multiple short-term deployments are unlikely to result in biased data in this species. Instrument type did have measurable effects; time-at-sea was greater and pup growth was lower for pairs in which mothers carried bulkier instruments. This suggests that instrument streamlining is important to avoid negative impacts and that bulkier equipment should be deployed on lactating females with caution and only for short periods. The study highlights that instrument effects should be taken into account when comparing data from experiments collected using different equipment packages.

How will the changes currently taking place in the Arctic affect the future nature of interstate relations in the region? To what extent, and how, will the decline in summer and winter sea ice in the Polar Basin lead to changes in the pattern of human activity in the Arctic? How do the Arctic states approach the region and each other, and to what extent are their Arctic strategies compatible? Will the Arctic become an arena of jurisdictional disputes and heightened military tension, or will it become a region of cooperation and prosperity? These are among the core questions addressed in The fast-changing Arctic: rethinking security for a warmer world, edited by Barry Scott Zellen.

Measurements of equivalent black carbon (EBC), calculated from aethalometer measurements of light attenuation, were carried out in July 2011 at Ny-Ålesund in the Arctic. Highly elevated EBC concentrations were observed within the settlement of Ny-Ålesund, with a median value of 17 ng m−3, which was about two times the background level. Results from the ensemble empirical mode decomposition method suggested that about 60–80% of atmospheric EBC concentrations at Ny-Ålesund were from local emissions, while only 20–40% arrived via atmospheric transport. The estimated average local emission rate was 8.1 g h−1, with an uncertainty of approximately a factor of two. The pollution plume was confined to 10 km downwind of the settlement, with the total EBC deposition estimated to be 6.4–44 ng m−2 h−1. This may affect snow black carbon (BC) concentrations in nearby glaciated areas. The efficiencies of the long-range transport were estimated based on cluster analysis and potential precipitation contribution function, and the results implied that transport from western Europe is more efficient than from central Russia, on account of relatively rapid transport from western Europe and infrequent precipitation along this route. However, there was no correlation between air mass back-trajectories and EBC concentrations, suggesting that the contribution of long-range transport to EBC measured in Ny-Ålesund might be not significant in this season.

One of the few long instrumental records available for the Arctic is the Svalbard Airport composite series that hitherto began in 1911, with observations made on Spitsbergen, the largest island in the Svalbard Archipelago. This record has now been extended to 1898 with the inclusion of observations made by hunting and scientific expeditions. Temperature has been observed almost continuously in Svalbard since 1898, although at different sites. It has therefore been possible to create one composite series for Svalbard Airport covering the period 1898–2012, and this valuable new record is presented here. The series reveals large temperature variability on Spitsbergen, with the early 20th century warming as one striking feature: an abrupt change from the cold 1910s to the local maxima of the 1930s and 1950s. With the inclusion of the new data it is possible to show that the 1910s were colder than the years at the start of the series. From the 1960s, temperatures have increased, so the present temperature level is significantly higher than at any earlier period in the instrumental history. For the entire period, and for all seasons, there are positive, statistically significant trends. Regarding the annual mean, the total trend is 2.6°C/century, whereas the largest trend is in spring, at 3.9°C/century. In Europe, it is the Svalbard Archipelago that has experienced the greatest temperature increase during the latest three decades. The composite series may be downloaded from the home page of the Norwegian Meteorological Institute and should be used with reference to the present article.

To access the supplementary material for this article, please see Supplementary files in the column to the right (under Article Tools).

The rapidly-changing Arctic presents a challenge to those working on adaptation actions at the local, regional or global level. The inherent uncertainty of long-range climate forecasts makes it important to provide Arctic communities with a broad suite of tools to help them respond to a changing ecological and social environment.

The Arctic Council Working Group, the Conservation of Arctic Flora and Fauna (CAFF) has released the “Life Linked to Ice: a guide to sea-ice-associated biodiversity in this time of rapid change” report, which details changes in marine species and human communities as Arctic sea ice disappears, and makes recommendations to the Arctic Council. Changes in sea ice are affecting the very building blocks of life in the Arctic Ocean.

Continue ReadingSea ice loss means changes for Arctic species and communities
Articles in this issue include:

A Note from the ARCUS President
- A Brief Personal Look at the Evolution of the R/V Sikuliaq
http://www.arcus.org/witness-the-arctic/2013/1/article/19620

The next issue of Witness the Arctic will be published in spring of 2013. For further information or to submit an article idea for future issues, please contact Betsy Turner-Bogren at ARCUS (betsy@arcus.org).

To view articles or to download a PDF file of this issue, please go to:
http://www.arcus.org/witness-the-arctic.
Continue ReadingWitness the Arctic Online Issue Available Winter 2013 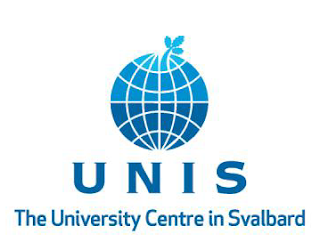 The department of Arctic Geophysics is now seeking candidates for the position of Professor/Associate Professor in Snow and Ice Physics with focus on glaciers, ice sheets, snow cover and sea ice. Deadline for applications is 2nd of April 2012. UNIS is located in Longyearbyen, Svalbard, the studies at UNIS are marketed internationally and all classes are offered in English. See full call at http://www.unis.no/30_ABOUT_UNIS/4020_Vacant_Positions/documents/Announcement-Professor-associateprofessor-snowandicephysics.pdf