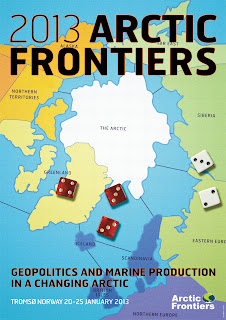 Arctic Frontiers 2013 - Geopolitics & Marine Production in a Changing Arctic can be followed through live and streaming webTV feed available at www.arcticfrontiers.com

The 7th Arctic Frontiers conference addresses the contemporary and emerging political issues for the changing Arctic. How do states in and outside the region prepare strategically for the new Arctic reality? How does the global security architecture impact on security in the Arctic? How important is Arctic oil and gas production for global demand and the energy security of various states? How will traditional businesses interact with new industry, and if and how will profits from industrial activities benefit the people living in the High North.

Change is the keyword which best describes the future of the Arctic. A warming Arctic with less ice creates economic opportunities but it also presents new challenges for Arctic stakeholders. Join us at this year's Arctic Frontiers Conference to engage with the experts and be ready to meet the challenges that lie ahead for the Arctic.
Got to: www.arcticfrontiers.com for more information.
Continue ReadingArctic Frontiers 2013 live and streaming webTV feed available

The Arctic Institute of North America (AINA) announces publication of the December 2012 issue of the journal ARCTIC, Volume 65, Number 4. A non-profit membership organization and multidisciplinary research institute of the University of Calgary, AINA's mandate is to advance the
study of the North American and circumpolar Arctic through the natural and social sciences, as well as the arts and humanities, and to acquire, preserve, and disseminate information on physical, environmental, and social conditions in the North. Created as a binational corporation in
1945, the Institute's United States Corporation is housed at the University of Alaska Fairbanks.

For information on becoming an AINA member and receiving the journal, please visit the Institute's website at: http://www.arctic.ucalgary.ca/. Members have the options of receiving ARCTIC in print, online, or both in print and online.

The following papers appear in the December 2012 issue of ARCTIC:

- Harvest-based Monitoring in the Inuvialuit Settlement Region: Steps
for Success
By: Robert K. Bell and Lois A. Harwood

- The Naming of Kazan River, Nunavut, Canada
By: C.B. Sikstrom

- Renewable Energy Policies and Programs in Nunavut: Perspectives from
the Federal and Territorial Governments
By: Nicole C. McDonald and Joshua M. Pearce

The December issue also contains an Arctic Profile of Ernest William Hawkes, written by Barnett Richling; five book reviews; a Letter to the Editor; and two obituaries, one for Geoffrey Hattersley-Smith, and the other for Richard George Bolney Brown.

The InfoNorth section of the December issue contains two essays written by the AINA 2012 scholarship winners. N. Jane Harms, the recipient of the Jennifer Robinson Memorial Scholarship, provided an update on her study of avian cholera among common eiders in the eastern Canadian
Arctic. Ann Balasubramaniam, the 2012 recipient of the Lorraine Allison Scholarship, presented her research on hydro-limnological relationships in thermokarst lakes of the Old Crow Flats, Yukon.

For information on becoming an AINA member and receiving the journal,
please visit the Institute's website at: http://www.arctic.ucalgary.ca/. 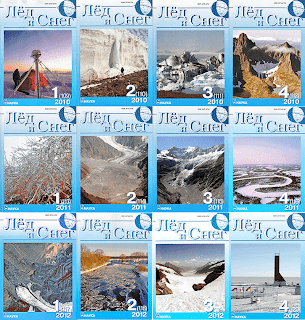 This issue is devoted specifically to the latest results of recent studies of the subglacial Lake Vostok in Antarctica.

It includes 5 papers in English and 13 papers in Russian (with English summaries and figure captions) + preface and contents.
You can download the papers from “Ice and Snow” page:
http://ice-snow.igras.ru/index.php?r=312&id=2521 clicking on relevant links,
or more simply from this open public folder:
https://docs.google.com/folder/d/0BySErXCOSTGDczU3MXptbmhPeFk/edit
Continue Reading“Ice and Snow” Journal on latest results of recent studies of the subglacial Lake Vostok in Antarctica available

The Ice Drilling Design and Operations (IDDO) group at the Ice Drilling Program Office (IDPO) reminds the community that proposals for the NSF 2013 Antarctic Research call (13-527 are due 15 April 2013. Researchers requiring ice drilling or ice coring support from IDDO must contact them at least six weeks prior to the deadline, by 4 March 2013.

A Field Project Support Requirements form is available on the IDPO/IDDO website (http://www.icedrill.org/scientists/scientists.shtml), and must be completed and emailed to IDPO/IDDO (icedrill@dartmouth.edu). Upon receipt of the form, IDPO/IDDO will provide a cost estimate and a letter of support that must be included with your proposal.

The National Research Council (NRC) announces a call for nominations, seeking members for an ad hoc committee that will organize a new NRC activity, "Opportunities to Use Remote Sensing in Understanding Permafrost and Ecosystems: A Workshop."

A committee of experts will plan the workshop to explore opportunities for using remote sensing to advance our understanding of permafrost status and trends and the impacts of permafrost change, especially on ecosystems and the carbon cycle in the high latitudes. The workshop discussions will be designed to encourage attendees to articulate gaps in current understanding and potential opportunities to harness remote sensing techniques to better understand permafrost, permafrost change, and implications for ecosystems in permafrost areas. The committee will write a report that summarizes the workshop discussions.

The committee of 8-9 members will meet numerous times by conference call to plan the workshop structure, identify appropriate speakers and attendees, and develop background materials for attendees. Committee members will lead the workshop and serve as session facilitators. The committee will remain for an extra day after the public workshop to summarize the discussions and begin preparing the workshop report. 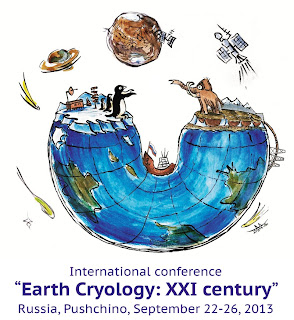 The Scientific Council on Earth Cryology, Russian Academy of Science and Earth Cryosphere Institute invites you to Pushchino, Russia from September 22 to 25, 2013.

The main topics of the conference will be:

If you are interested in being a chair of the section, or have an idea to add an extra one - they are open for disscussion.

The deadline for Registration is April 15, 2013

The congress language is English.

Detailed information on the Conference and forms for registration and abstract submission will be available at  www.cryosol.ru/publ/kalendar_konferencij/earth_cryology_xxi_century/1-1-0-5 after January 10, 2013.
For any questions e-mail- Permaconf2013@gmail.com
Continue ReadingDeadline April 15 for the International Conference “Earth Cryology: XXI century”

On December 6 in Doha, as the COP 18 climate change negotiations switched gears for the finale, the Swedish Chairmanship of the Arctic Council arranged a side event on climate change in the Arctic. The event was held against the background of the rapid and ominous development lately in the Arctic, in particular the past summer's sea ice melt. The event was well attended and a strong panel including Martin Lidegaard, climate and energy minister of Denmark, Jens Fredriksen, Minister for housing, infrastructure and transport from Greenland, and Lena Ek, Swedish Minister for the Environment, contributed to a lively discussion.

Arctic Frontiers 2013 will be held at the University of Tromsø, Norway from Sunday 20 to Friday 25 January 2013. The theme of the conference is 'Geopolitics and Marine Production in a Changing Arctic'. The policy section will run for the first two days (Monday 21 and Tuesday 22 January 2013) followed by three days of science (Wednesday 23 January to Friday 25 January). The science section will have three parts:
The program online here: https://arcticfrontiers.conference-services.net/programme.asp?conferenceID=3325&language=en-uk
Continue ReadingArctic Frontiers program online now
Find the results in an article available on the Cryosphere Discussion at www.greenlandmelting.com, or download the pdf directly by clicking here.
Continue ReadingUpdated and finalized analysis of the many records set in Greenland in 2012

The Jurassic/Cretaceous transition was accompanied by significant changes in palaeoceanography and palaeoenvironments in the Tethyan Realm, but outside the Tethys such data are very scarce. Here we present results of a study of the most complete section in the Panboreal Superrealm, the Nordvik section. Belemnite δ18O data show an irregular decrease from values reaching up to +1.6‰ in the Middle Oxfordian and from +0.8 to −1.7‰ in the basal Ryazanian, indicating a prolonged warming. The biodiversity changes were strongly related to sea-level oscillations, showing a relatively low belemnite and high ammonite diversity during sea-level rise, accompanied by a decrease of the macrobenthos taxonomical richness. The most prominent sea-level rise is marked by the occurrence of open sea ammonites with Pacific affinities. Peak abundances of spores and prasinophytes correlate with a negative excursion in organic carbon δ13C near the J/K boundary and could reflect blooms of green algae caused by disturbance of the marine ecosystem.

Continue ReadingPalaeoenvironments and palaeoceanography changes across the Jurassic/Cretaceous boundary in the Arctic realm: case study of the Nordvik section (north Siberia, Russia)